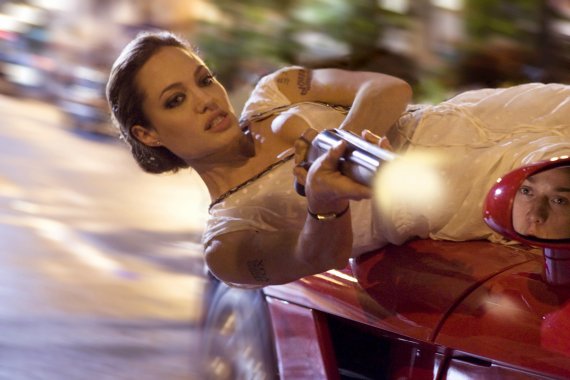 Here's a compilation of unforgettable car chase movie scenes just for you! Relieve the best moments, full of adrenaline and rush with your favorite movie characters! Watch and enjoy!

Here's a compilation of unforgettable car chase movie scenes just for you! Relieve the best moments, full of adrenaline and rush with your favorite movie characters! Watch and enjoy!

A luxurious sports car Dodge Viper spinning at 75 mph, stunning Angelina Jolie clutching to it as she fires large-caliber weapons is something you aren't likely to forget!

Here we see an amazing chase scene, where the main hero runs away from the Police in Los Angeles.

Smokey and the Bandit

The combination of director Hal Needham and his one-time roommate Burt Reynolds results in an enormously self-satisfied movie that mixes excellent car stunts with a great comic performance from Jackie Gleason. But the biggest winner this film produced was Pontiac, which performs an amazing race and Jumping Mulberry Bridge.

One of the craziest Ferrari 308 VS Porsche scenes ever!

Here the wondrous Aston Martin gives the best ride. The good guy has to win it and he has all the means for it!

The General Lee here is the Dodge Charger driven by the Duke cousins Bo and Luke, making it do great, unrealistic and completely cool jumps, making for an amazing ride!

Here's the coolest scene, where the heroes of Scarlett Johansson and Ewan McGregor try to escape the pursuit on a truck, a monstrous beast of a car.

Jason Statham here shows how a BMW 750i E38 can be used. Does anyone fancy a ride?

Vin Diesel and Paul Walker here are the perfect examples of how you should not drive in a city! Unless you absolutely have to. No, better stick to the first advice)))

It's where you can see how Jason (Matt Damon) and Kirill (Karl Urban) chase each other through the streets of Moscow, ending in a spectacular crash.

Enjoy this summer with RepoKar

Jaw-dropping deals this Spring at RepoKar